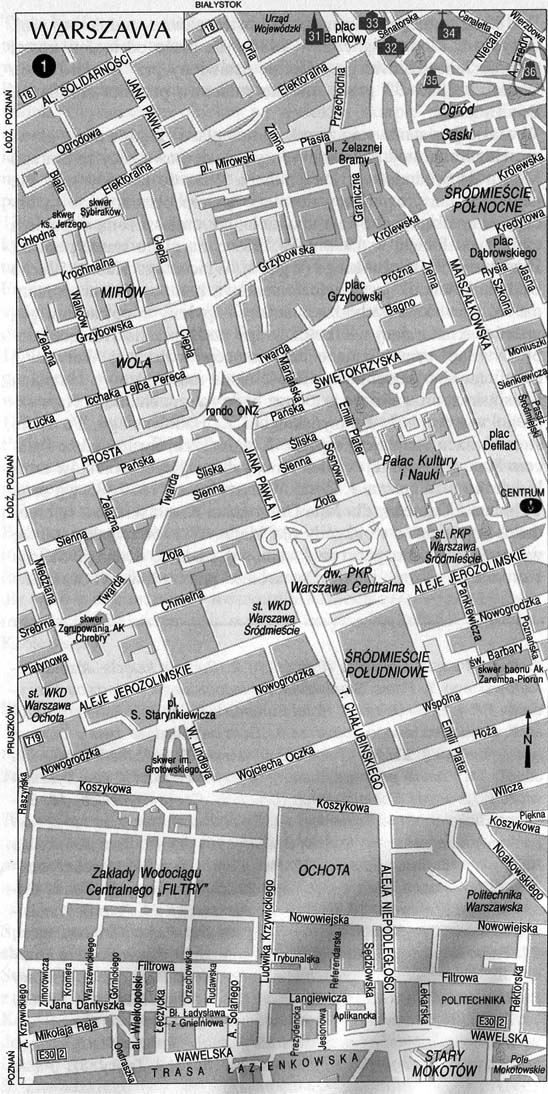 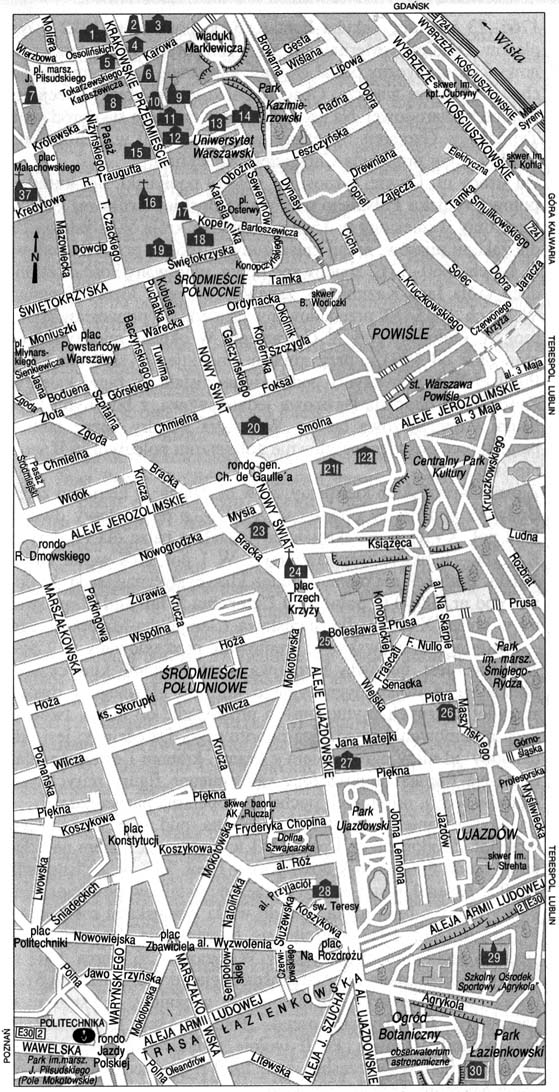 The route leads through the representative squares of Warsaw, near famous architectural objects and next to famous monuments. The route is approx. 3 km with a cursory knowledge of the described objects, approx. 3 at.

We start our walk through the squares of Warsaw at Krasińskich Square. This square is located at the intersection of ul. Długa, Miodowa, Swiętojerska and Bonifraterska. It was laid out in the 18th century. from the courtyard of the Krasiński Palace. W 1779 r. the building of the National Theater was erected opposite the Krasiński Palace (existing here until 1883 r.) according to the design. B. Solari. W 1786 r. in the corner of ul. Długa (under no. 24) the building of the Customs Chamber was built according to the design. S. Zawadzki (ob. seat of the library of the Institute of Art of the Polish Academy of Sciences).

W 1824 r. two cast-iron wells according to the design were placed on the square. Christian Piotr Aigner. W 1936 r. a monument to Jan Kiliński was unveiled on the square (currently located at ul. Podwale). In years 1936-37 ul. Bonifraterska.

During the Warsaw Uprising, there was the main manhole on the square, which the insurgents retreated from the Old Town to Śródmieście and Żoliborz. The manhole to the sewers and the no longer existing excavation leading to it are framed by ob. dark basalt cubes and commemorated with a plaque placed nearby, unveiled in 1974 r. W 1989 r. a monument to the Warsaw Uprising was erected on the square (according to the design. Wincentego Kućma and Jacek Budyn). The monument is a multi-element spatial composition. It consists of 2 walls – pylons with life-size figures of insurgents, groups of sculptures depicting civilians, symbolizing the inhabitants of fighting Warsaw, and an amphitheater hollow. The whole is surrounded by a retaining wall. Construction of the Supreme Court building according to the design by. M. Budzyński and Z. Badowskiego. After the rest. the side of the square is the Krasiński Palace, also known as the Palace of the Commonwealth – one of the most outstanding objects of baroque art in Warsaw. Built in the years 1677-83 according to the design. Tylman z Gameren for Jan Dobrogost Krasiński – Crown referendary and Płock voivode. W 1766 r. the palace became the property of the state treasury and was the seat of the Crown Treasury Commission. It was then rebuilt twice: in years 1766-73 according to the design. Jakub Fontana and after the fire of St. 1782 r. according to the plans of Dominik Merlini. As a result of these changes, a new classic tangent main portal was obtained, a railing over the roof cornice and new interiors. Currently, the palace houses the special collections of the National Library. On the west. from the palace there is a design garden. Tylman of Gameren, founded at the end of the 17th century, changed into 1766 r. according to the design. John the Baptist of Knackfus.