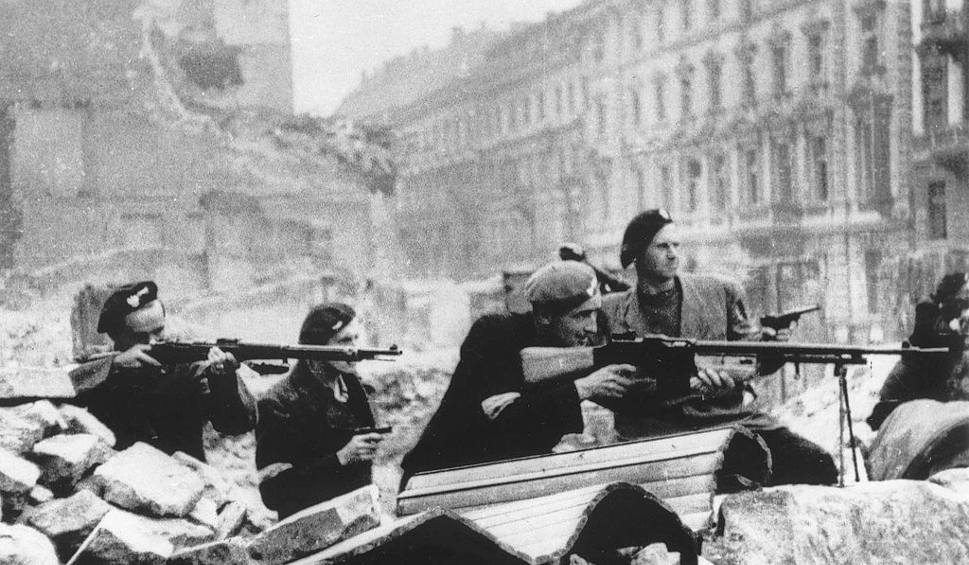 Every year, 1 August at 17.00, sirens sound all over Poland. Even though the level of historical knowledge is declining from generation to generation, and patriotism is displaced by broadly understood cosmopolitanism - on that day, at this very time, we are all Varsovians.

The genesis of the insurgent storm

In the fifth year of the war, Warsaw - the strongest of all Polish cities - felt the yoke of occupation. And the inhabitants of Warsaw understood most painfully, that the vision of the liberation of the city by the allied forces is just a fantasy. Already in 1943 the year has become clear, it's not west, but the Red Army - as the only one - is able to oust German troops. The prospect of Soviet intervention - especially, when the memory of the attack by Stalin's army with 17 September 1939 - She carried far-reaching, negative consequences for Poles. Stalin radically broke off diplomatic relations with the Polish government-in-exile, he loudly questioned the legitimacy of keeping the Polish-Soviet border in its pre-war shape, he supported the activities of centers that competed with the legal authorities. All this consisted of clear conclusions - if the USSR intervened, this will mean an undermining of the territorial integrity of Poland and its permanent dependence on the Soviet power.

The plans for the uprising had arisen long before 1944 a year. After the Tehran conference, General "Bor" was considering the organization of an armed uprising. Its announcement was the Operation "Storm", based on the activities of the Home Army units, which were to inspire a general uprising - aimed both at the Germans, like and (politically) w ZSRR.

The military assumptions of "The Tempest" have been largely fulfilled. Politically, however, the operation ended in failure. Home Army soldiers and civilians - instead of carrying out subversive activities - supported the Soviet units, displacing German troops from the eastern borderlands. At first, the troops of the USSR accepted Polish aid with gratitude, and then - they disarmed the Home Army soldiers and carried out mass arrests of prominent officers. All with the tacit approval of Western governments.

The outbreak of a general uprising never happened. So the plans for the organization of the local insurgency were returned to, Warsaw, based on joint action of - only Polish - units of the underground forces and the civilian population. An armed uprising in the heart of the country, which was occupied and devastated on both sides, was to move the conscience of the world and mobilize the Western allies to make a decisive intervention. Additionally, liberated Warsaw was to be an image of the courage of Poles and a proof that belies the Stalinist propaganda devaluing the actions of the Home Army soldiers. The Polish army was to forestall Stalin - to liberate and capture the capital before the Soviet units did.

At the end of July 1939 In Warsaw, one could hear the sounds of artillery explosions coming from across the Vistula River. Soviet troops were approaching the capital, and Russian tanks successfully "liberated" the towns surrounding the capital. 31 July, after the meeting of the Home Army Headquarters, it was decided to start the uprising. The order informing about the planned riot was sent to the District Commanders. Most of them - due to the curfew in the capital - the information about the beginning of the uprising was received with a considerable delay, because on the day of the uprising.

1 of August 1944 The Germans repelled the attacks of the USSR, thus slowed down Soviet actions. However, due to disinformation and problems with delivering orders, it was too late to cancel the uprising. Warsaw started to fight at the hour 17;00, and the burden of action fell on the poorly armed soldiers of the Home Army.

In addition to the Home Army units, members of other underground organizations - the National Armed Forces - joined the fight, communist People's Army, Of the Security Corps and the Polish People's Army.

Badly armed insurgents - from the very beginning - had no chance of taking an equal fight with the Germans. Already on the fifth day of the uprising, the Warsaw units were divided into groups. Individuals operated in dispersion and mutual isolation. So the soldiers were reorganized once again, and regular units joined the fight - including regiments of the Polish Army or 2. night bomber regiment "Krakow". Additionally, Allied air squadrons were involved in the uprising, which were responsible for the discharge of supplies. Many also took part in the fight against the occupier, foreigners staying in Warsaw, German deserters and Jews freed by the Home Army from the camp at ul. Goose.

The defeat of the uprising

Bad organization, poor armament, difficult starting position of the insurgents, disinformation, the lack of active involvement of the troops of the Western Allies, tactical sluggishness of the USSR and advantage (numerical, military, strategic) Germans led by the ruthless Erich von dem Bach-Zelewski - all this contributed to the defeat of the uprising, which fell after 63 days of constant struggle.

2 October 1944 The Home Army ceased its offensive actions and sent emissaries responsible for negotiating the surrender. The official decision on the ceasefire was signed in Ożarów 3 October. Despite this, The insurgent command functioned for three more days, the insurgent press was published and the scout post was active. The enormity of the losses suffered during the fighting, however, gave no hope for a continuation of the uprising. According to the latest estimates, the uprising has been killed since 10 do 15 thousand soldiers, 5-7 thousands of soldiers were reported missing, more than 17 thousands were taken captive. Life lost since 120 do 200 thousand civilians.

Memory to the Heroes

The Warsaw Uprising has aroused much controversy from the very beginning. General Anders, among others, criticized them. Today it is not the idea of ​​a fight that is being discussed, but the legitimacy of organizing a spurt, who was doomed in advance to collapse, and whose defeat took it seriously, consequences that are felt until now. Destroyed Warsaw, lost generation of inhabitants, terrifying statistics, the break-up of the Home Army - these arguments are among other things used by political scientists, sociologists, historians and military personnel speaking in public debates. However, no one questions the bravery of the combatants, who are considered - quite simply - heroes.

Every year, 1 August at 17:00, Warsaw pays tribute to its heroes, and all Poles become Varsovians for a while.